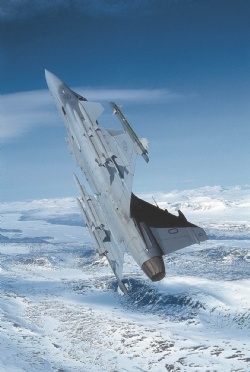 Oxley Group has received a substantial order for the supply of the company's revolutionary LED landing and taxi lights on Sweden's highly regarded Saab Gripen combat aircraft.
Oxley has been working with Saab for the last 5 years to design, develop and qualify a set of high intensity landing and taxi lights for the Gripen aircraft, as the proving ground for the introduction of LED lighting across the military and commercial aircraft sector.

These fixtures will replace the conventional halogen lights which require frequent and costly replacement due to the damage sustained by shock and vibration, and performance degradation in extreme operating temperatures.
Oxley LED lights are highly resistant to shock and vibration (including gunfire) and operate effectively across a wide range of temperatures. They are designed to deliver sustained performance in these arduous conditions and offer significant through-life cost benefits to the aircraft. Mean Time Between Failure is in excess of 13,000 hours for the landing light and 14,000 hours for the taxi light, compared to halogen units which typically require replacement after as little as 2.5 hours of service in these environments.

The new LED lights are totally self-contained and are designed as "plug and play" to allow easy retrofitting of LED units to replace halogen lights. The Saab landing and taxi lights is also NVG (Night Vision Goggle) friendly and emit significantly less infra-red radiation than a standard halogen light.

Oxley has received a production order for the supply of 140 shipsets of lights with delivery starting in August and continuing through to October 2015. Oxley currently supplies wing tip, tail light, position lights and the control box for the aircraft external lighting system on the Gripen C & D variants. 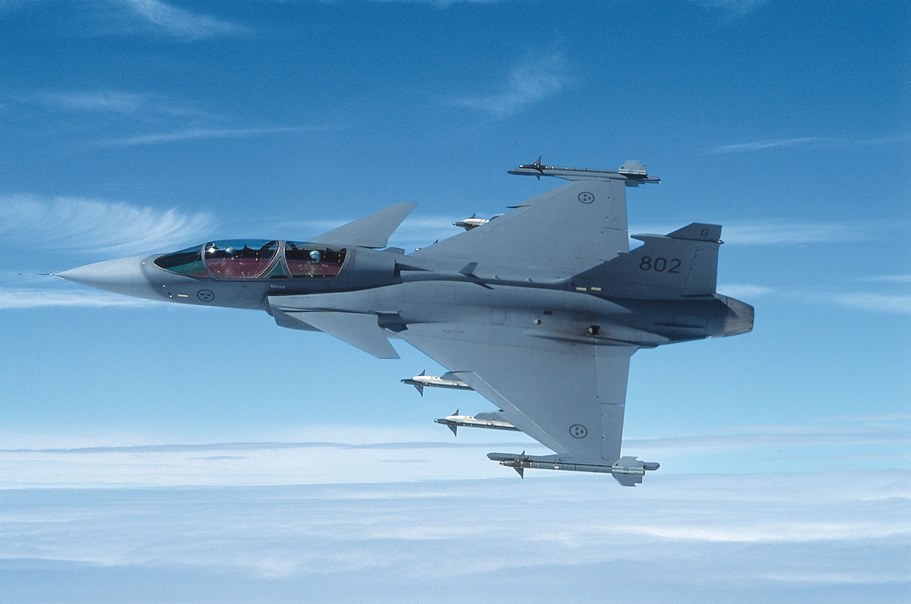 The new order reflects Oxley long-term strategic relationship with Saab Aerospace as a key customer and product technology development partner. A team from Oxley recently visited Saab in Sweden to discuss the latest progress on the Gripen fighter jet programme.
Both of the new lights exceed current operational requirements, with the NVG FriendlyTM High Intensity LED Landing Light delivering a peak intensity greater than 200,000cd, while the rugged High Intensity LED Taxi Light has a peak intensity performance greater than 27,000cd.
Powered directly from the aircraft's 115V/400Hz supply, without the requirement for an external supply, the lights use significantly less power than existing technology just 65W for the landing light and 37W for the taxi light. Both units are extremely robust and benefit from a toughened borosilicate clear glass lens and an aluminium housing with a matt black hard anodised finish.
Both of the units are qualified IAW MIL-STD-810F and RCTA DO-160F Aerospace standards.