You are here: News Archive / Oxley CEO Martin Blakstad To Leave The Group 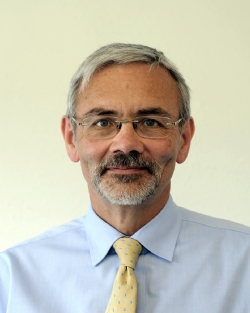 Martin Blakstad, Group CEO of Oxley since 2013 has announced his decision to leave the company.  In a statement released August 2018, Martin stated that he has accomplished what he set out to do at Oxley. When he joined the Group it was in difficulties but now the company, under Martin’s leadership, is much improved and is forecasting a strong profit this year and has a strong order book. In Martin’s time running the company there have been some landmark accomplishments, including winning many prestigious contracts and awards such as the design and supply of lighting to the South Korean KF-X fighter programme, Boeing CH-47 Chinook, Sikorsky rotary platforms, the Boeing KC-46 tanker and the SAAB Gripen E as well as multiple armoured vehicle platforms.  Oxley has also won some major EMI filters and panel lamps contracts for key military platforms.

It has been a very successful period for the Group and Martin is leaving having recently secured a place for Oxley on the prestigious ‘Sharing in Growth’, the government-backed aerospace productivity and competitiveness programme, which will allow Oxley to become more efficient and more capable of competing in the rapidly growing global aviation market.  On the strong base Oxley now has, the future is bright and the business is forecast to expand significantly over the coming years.

Since taking on the role of Group CEO Martin has commuted weekly from his family home in Buckinghamshire to the Oxley Head Office in Ulverston, Cumbria. He has now decided to base himself permanently in the South of England and the Board, the shareholders and employees of Oxley thank Martin for his significant accomplishments on behalf of the company and wish him well in his future career.  The Group expects to announce a successor shortly.